On Tuesday of this week, I did another webinar on sexual harassment in the workplace.  And again, I stressed to participants that the biggest missed opportunity most companies have is their work culture.

Companies large and small don’t recognize the power of their work culture.  Your culture either stops bad behavior or encourages it.  It seems I should have sent a webinar invitation to the Mountainside, New Jersey police department because they were just slapped with a $2.5 million settlement due to a toxic and hostile work environment.

Six individuals received the settlement for over a decade of harassment and inappropriate behavior from their superiors.  Much of the bad behavior involved the use of a sex toy in the workplace.The suit included video of an internal affairs officer hitting a man in the face with the sex toy.  He laughed while the lieutenant encouraged and filmed the behavior.  Hitting people with the sex toy was apparently a daily occurrence.  They also presented video of the lieutenant dressed as Santa presenting a Christmas gift to an officer.  It was a “brand new penis,” as he holds up a wrapped rubber penis.

During every seminar, webinar or training session on harassment in the workplace, I tell people that if they want to address bad behavior they need to look up.  This one statement makes a lot of people uncomfortable, but it needs to be said.  And here’s why:   the bad behavior that does the most damage to an organization and the people in it comes from the people at the top.  I say repeatedly that the culture of any workplace is determined by the behavior of the people in it.  If the people in charge of an organization behave badly, what are the people who work for them supposed to think about their place of employment?  How hard do you think they’re going to work for the company?

According to the complaint, about two dozen individuals in leadership positions knew of the ongoing bad behavior.  An attorney came to explain the concerns surrounding the use of a sex toy in the workplace.  One of the assailants mocked the training and walked out.

Leadership At Its Lowest

Other behavior mentioned in the suit include:

I could go on about the inappropriate behavior in this police department, which also included nepotism, double dipping salaries, racism, and sexism.  Both the sergeant and lieutenant scored at the bottom of tests for their promotions.  However, they were promoted up the ranks anyway because of their personal relationship with the police commissioner.  One of the assailants even made a video where he stated, “When you come out dead last on your lieutenant’s exam, you have to have an ace in the hole.  Thank you, Uncle Keith,” referring to the police commissioner. 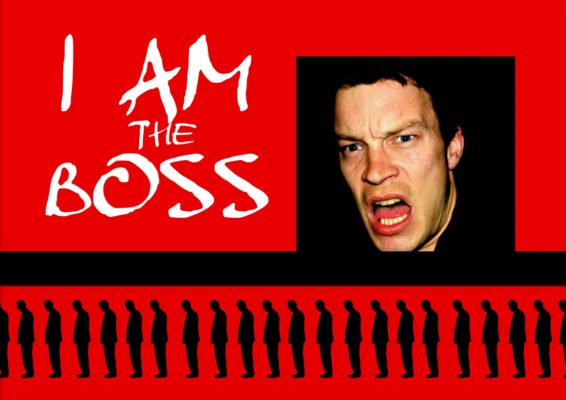 It Really Does Take All of Us

At some point, more people must wake up and realize that regardless of the state, the company, or the job, adults are expected to behave like decent human beings in the workplace.  No person or position can behave how they want without consequences.  The fact that it was brought to the attention of over 20 officials and continued for 10+ years is infuriating.

I can’t imagine the turmoil the officers and employees who were subjected to this must have felt during this.  Unfortunately the feelings are probably still there because bad environments frequently leave permanent scars.  And true to form, many of the comments I read on the story place the blame on them.  “Why didn’t they come forward sooner?  They can’t take a joke.  I thought it was funny!  They’re just blowing off steam.”  And we wonder why people don’t come forward and report bad behavior in the workplace?

I’m proud of these employees for standing up for their right a workplace free from harassment by senior officials.  They had to be aware of the backlash they would face, especially considering the blind loyalty expected of police officers.  I hope it gives one more person the strength to stand up for their right to work in a harassment free environment.

The Work Culture Won’t Change Until We Deal With It

This case has the standard conclusion:  all senior officers involved deny any wrongdoing.  The 20+ borough officials who knew about the behavior deny any knowledge of it.  The insurance company pays the settlement.  In other words:  no admittance of guilt or wrongdoing and no change in behavior.

I’m not going to stop preaching about the importance of the work culture and the impact it has on the bottom line.  Apparently, the message is still not being received.

If you have concerns about your work culture, please contact us for a confidential consultation.  No matter how bad it seems, there’s a way back.